A lightweight & effective Todo app made with Flutter. Supports English and Korean. 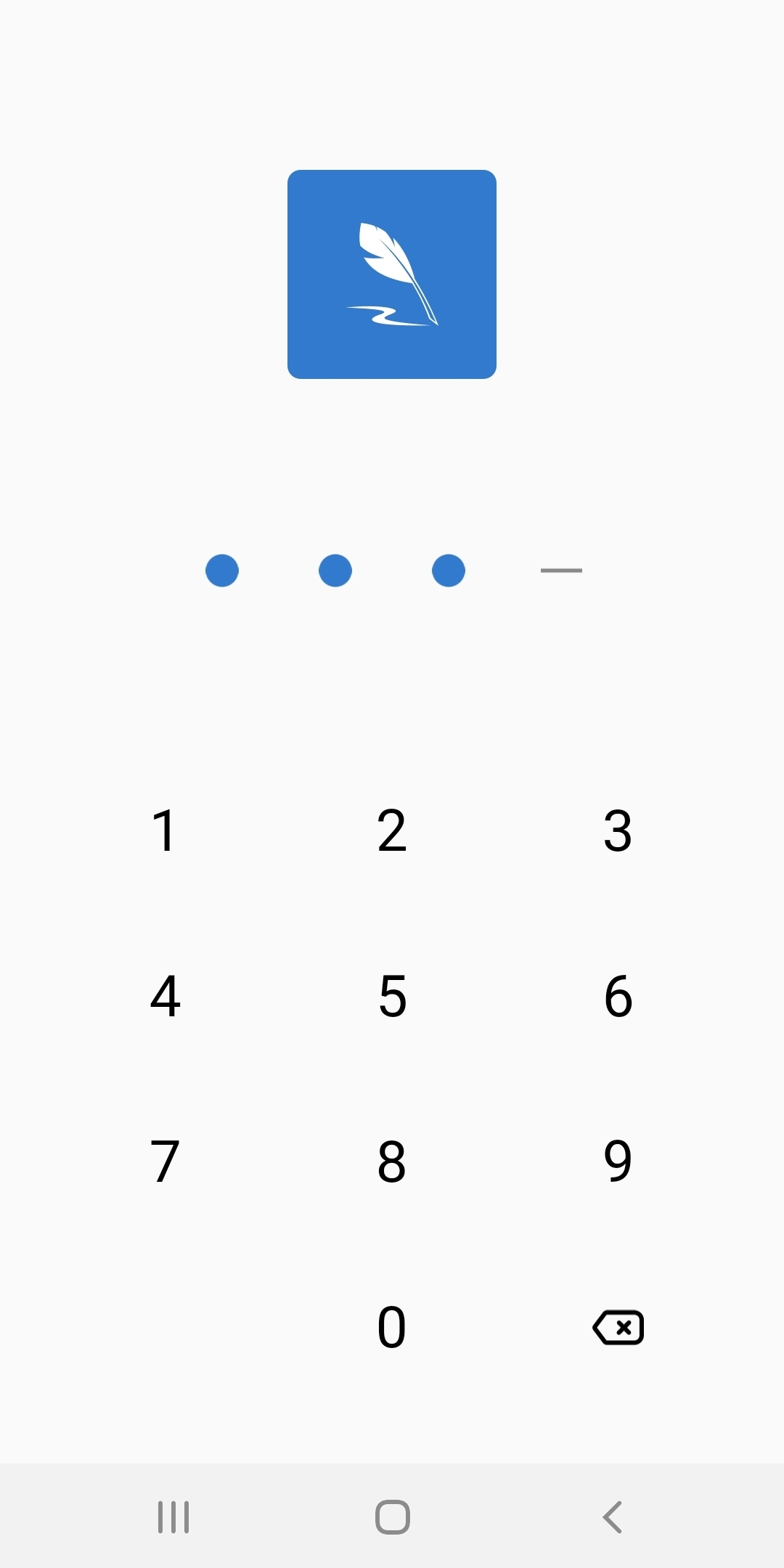 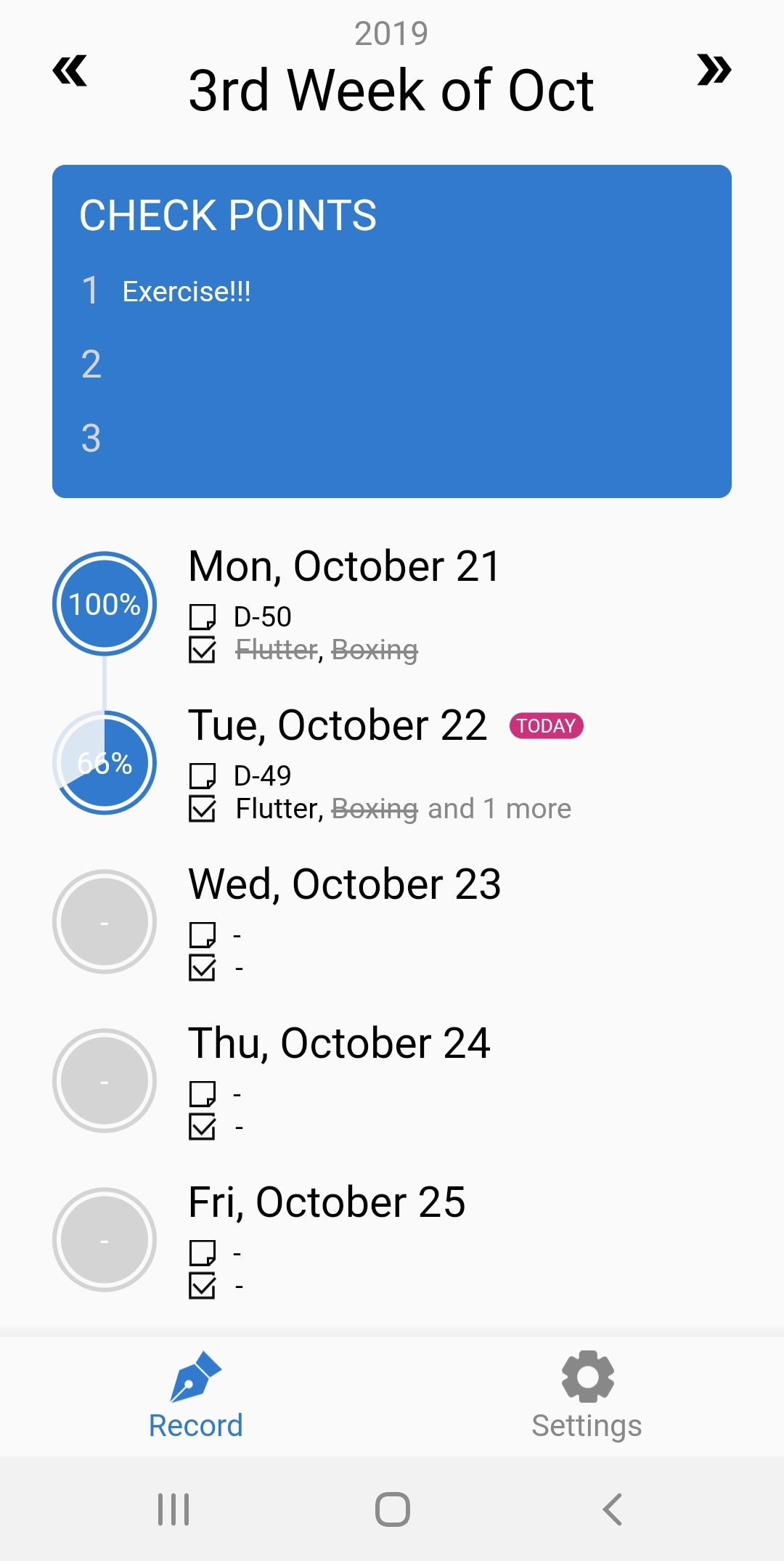 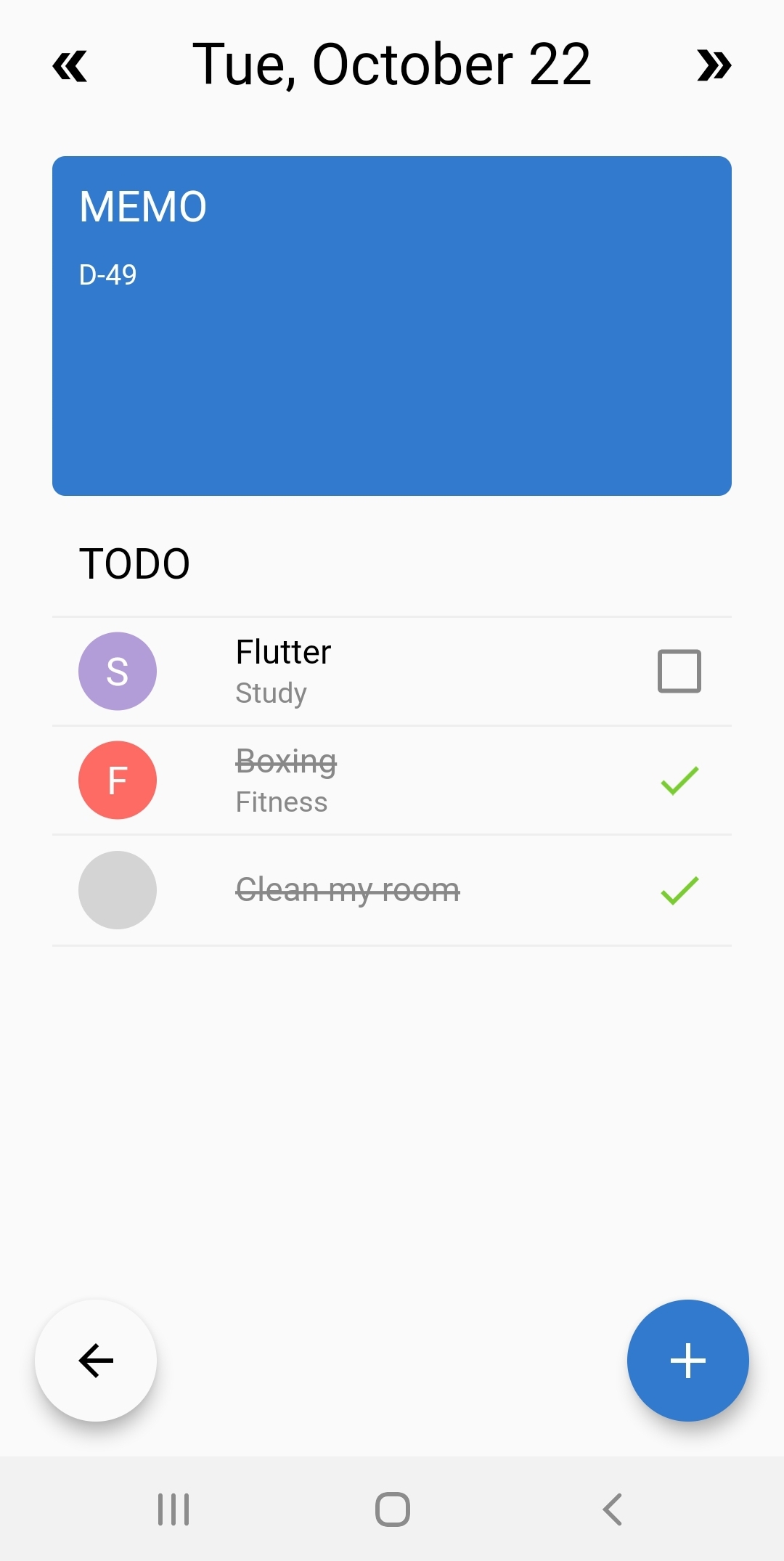 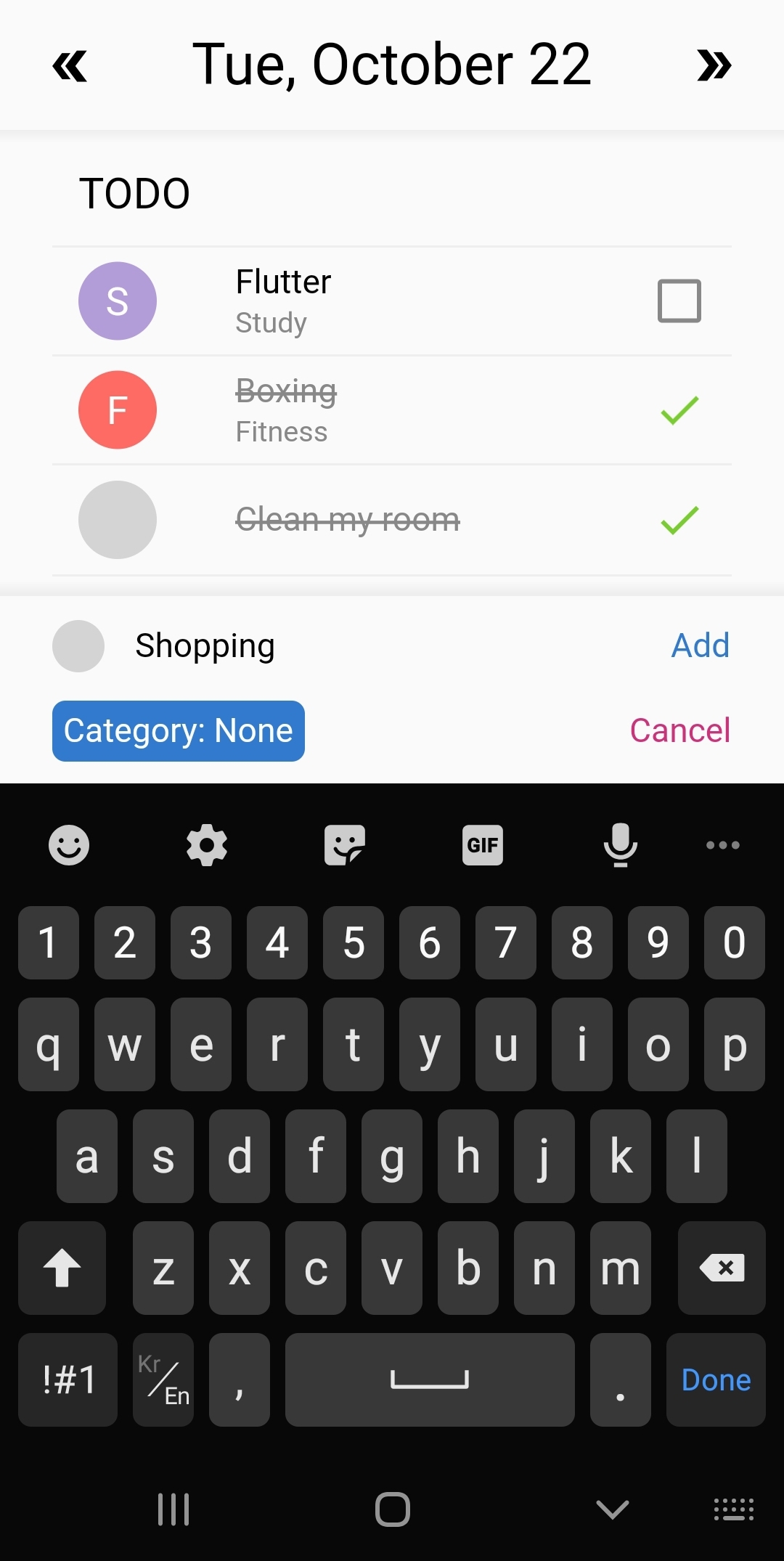 You can build and run this app by yourself. You’ll need Git, Flutter,and Android Studio installed first. After that, clone this project by running command:

Open cloned directory with Android Studio and it’ll notify you to run Packages get to install dependencies. Do that.

Lastly, when you try to run the project by pressing Run button at the top, build will fail because this app uses Sendgrid to send emails in SettingsBloc file, and SENDGRID_AUTHORIZATION constant isn’t git-controlled.

You can solve this in 2 ways:

Replace above code with below:

Press Run button again, and it should build fine.

This app is based on BLoC pattern, together with my own architectural practices.

Inside the lib folder, there are three main folders:

Besides these directories are flat Dart files inside lib folder:

A flutter library for working with Uploadcare REST API
A new Flutter package project for simple a awesome dialogs
A simple and beautiful animated app bar created with Flutter
A Flutter package that makes it easy to create a sheet that ...